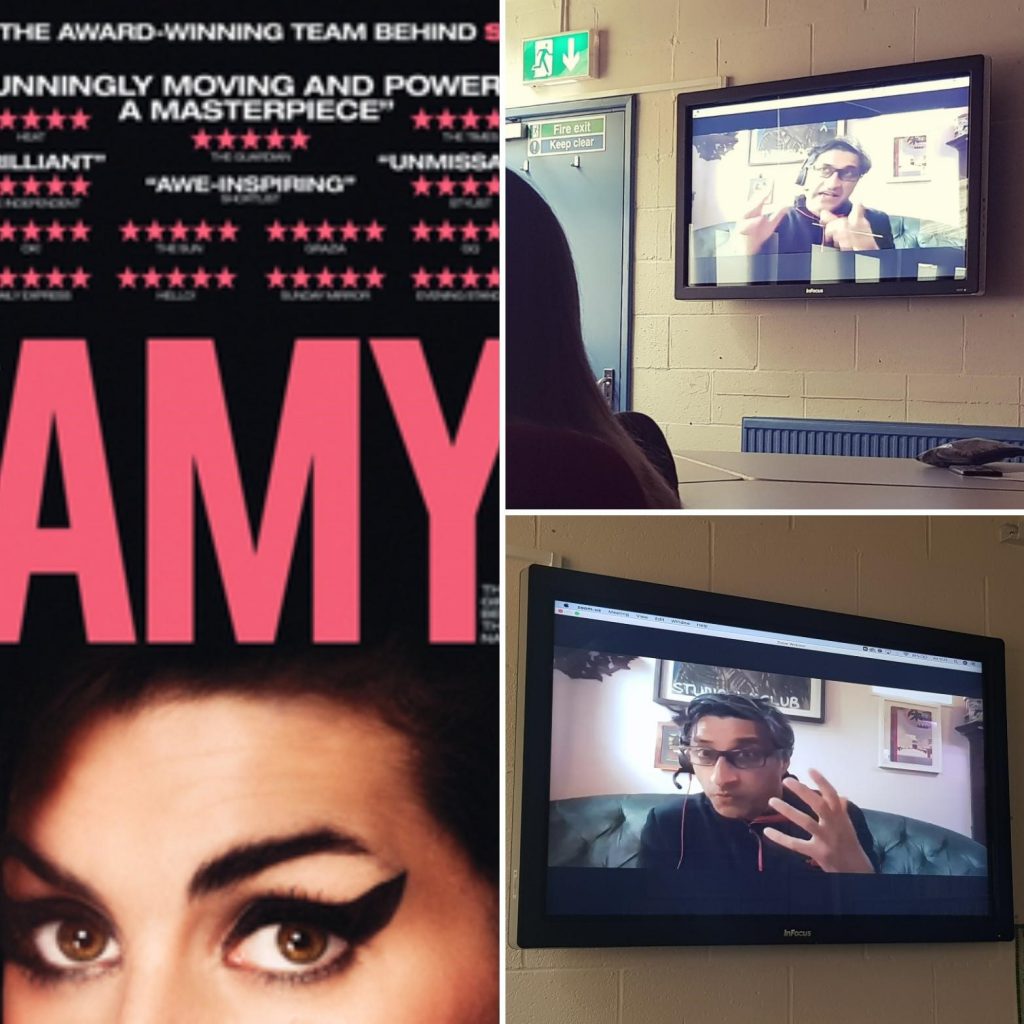 Year 12 Film Studies students, had an incredible insight into the world of documentary during their A-Level lesson via a live Q&A video call with Academy Award-winning Director, Asif Kapadia.

Kapadia, who is studied during the ‘documentaries’ segment of the course, discussed the creation of his 2015 documentary “Amy”, as well as his recent film “Maradonna”. He informed students on his approach to filming a documentary, sourcing footage and interviewing friends and family.

Students submitted a number of questions to Kapadia prior to tuning in to the call earlier this morning. Kapadia was able to help students understand the difficulties in creating “Amy” and his desire to communicate the truth behind the singer, as opposed to the way Winehouse was presented via the press.

During the interview, students gained an insight into the text studied during the course which will, in turn, assist their A-Level examination next year.

Our thanks go to the BFI for organising the event and Kapadia for taking the time to help students with their A-Level studies.