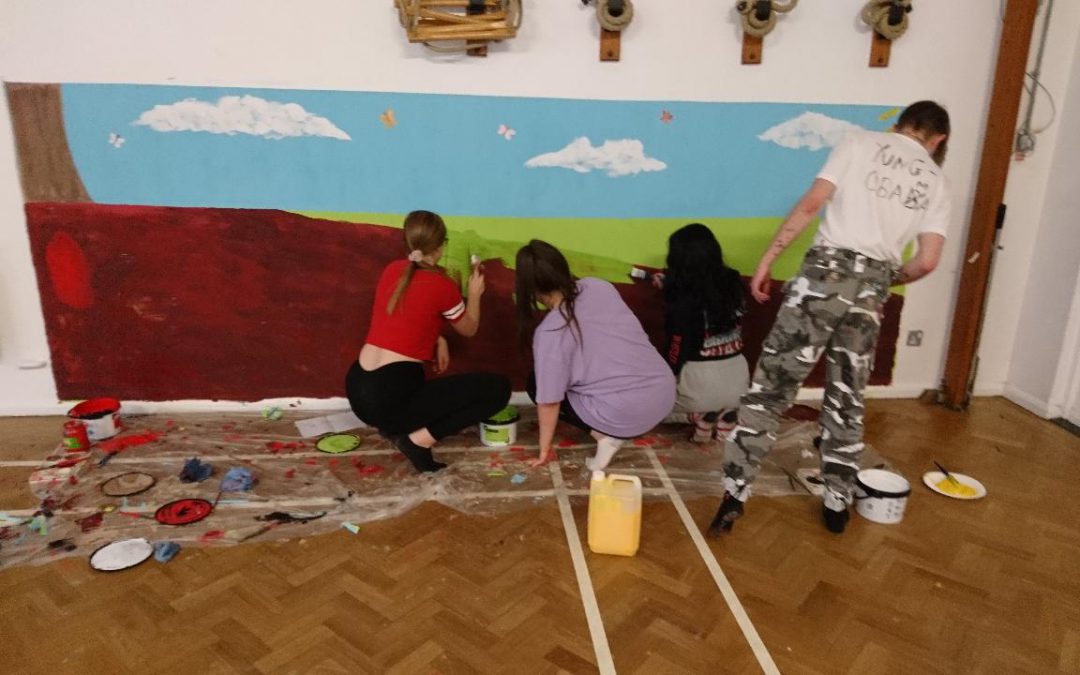 EPCS6 students spent their INSET day on 4th November helping to create a mural at Wildridings Primary School. While other students had an extra day off, our sixth formers visited the primary school to complete the main part of work on a mural about safety and kindness. As part of our continued work on community, two groups of students, who were a mixture of Year 12 and Year 13, arrived at 8.30am and spent the whole day executing the plans they’d previously made alongside members Wildridings Primary School’s student council.

Mr Tamale, Senior Teacher said: “it was great to see young people volunteer to give up some of their time to support their local community as well as getting the chance to exercise their creative minds in the process”.

Holly in Year 13 said she enjoyed taking a lead role in the designing. She liked coming up with ideas that would be educational and informative but still appeal to young students.

Tom in Year 12 said that he liked being given the trust and responsibility by the primary school to create something that will hopefully have a real impact on the young children.

Freya in Year 13 said that she really enjoyed presenting their ideas to the Year 6 students and talking to them about what they wanted the final piece to look like – their colour ideas were a bit wacky though.

The team will continue working on this project as part of their enrichment sessions for the next few weeks. Watch this space for pictures of the finished masterpieces!